Dr. Ehsan Yarshater was born April 3, 1920 in Hamadan, Iran. His father Hashem Yarshater, a deeply religious man, and his mother Rowhaniyeh, were both born in Kashan, Iran. 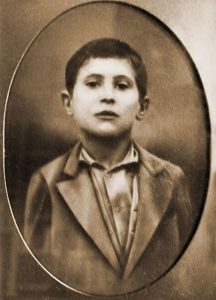 His mother, who had a beautiful voice, was often asked to speak at Baha’i gatherings, and his father studied, spoke and taught the international language of Esperanto.

Ehsan’s first year in school was at the Alliance elementary School, in Hamadan, a school that had been founded by French Jews. He completed his second year at the Ta’id School, run by the Baha’is.

In the 6th grade he received inspirational encouragement from a Persian and History teacher, Hedayatollah Nayyer-e Sina, that instilled a determination in young Ehsan to be more than just being a student, but to excel at every opportunity that he could to attain as much education as possible.

But, with the passing away of his mother a year later from kidney disease at the young age of 33, followed by the death of his father a year later, a distraught young Ehsan saw his family split and himself struggling to find his way to his journey into the world of ideas and education.

After mourning the passing of his parents, and remembering how much his mother had also encouraged him to study, he found his way back to a path that would lead to his life’s work.

After tenaciously navigating through many obstacles, he was eventually accepted to the newly established Normal School in Tehran that was, at the time, the most modern educational facility in Iran. Graduating with top honors at the Normal School qualified him for scholarships to continue his studies at the Tehran’s Teachers Training College. 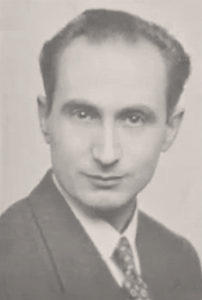 While absorbing the wisdom and benefits of the teaching of the many prominent scholars and poets at the Teachers Training College he studied at the Law School and earned a BA while attending English classes at the British Council, all of which resulted in a scholarship to study education in London for a year.

But after arriving, he became aware that the German scholar of Iranian philology, Walter Bruno Henning, was teaching in London at the School of Oriental and African Studies and Yarshater decided he would rather study under Henning than pursue a degree in education in London.

With a little help from his friend Dr. Mahmud Sanai, and even though Yarshater conceded to Henning that he didn’t know a word of ancient Iranian languages, he convinced Henning to let him study with him.

After receiving a Master’s degree in London in ancient Iranian languages, finishing courses for a doctorate degree and choosing the topic of his dissertation in the same field, he returned to Tehran and taught Old Persian inscription at the University of Tehran.

In 1953 in Tehran Dr. Yarshater founded the Institute for Translation and Publication.

The Institute soon became one of the best-known publishing houses in Iran, publishing a number of western classical works, such as Homer’s Iliad, Plutarch’s Lives, and several plays by Shakespeare such as King Lear, Macbeth, and Julius Caesar.

The Association later published other series, including critical editions of Persian classical texts, books for children and young adults, and also the Iran’s Heritage series. Written by prominent scholars the series that made the country’s heritage known to young readers by well-known Iranian writers. By 1979 some 500 titles appeared in this series. 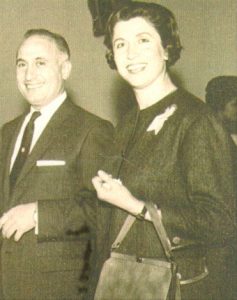 Ehsan Yarshater with Latifeh Alvieh, a few months before they married

Five years later he received an invitation to teach Indo-Iranian Languages as a Visiting Associate Professor at Columbia University in New York where he taught for 2 years before returning again to Iran in 1960.

In the meantime, Hagop Kevorkian (1872-1962), an Armenian philanthropist and art collector, endowed a Chair of Iranian Studies at Columbia University. Dr. Yarshater, who had only been back in Tehran for 6 months, received an invitation to return to Columbia and occupy the Chair and promote Iranian Studies.

In 1960, with his wife , Latifeh Alvieh, whom he had met in 1956 when she was the Cultural Advisor at the American Embassy’s Cultural Bureau, Dr. Yarshater returned to Columbia.

For the next 40 years he methodically documented the culture of Persia in unprecedented detail with a total commitment to historical and cultural authenticity with the Encyclopedia Iranica project.

2012 Interview of Dr. Yarshater by Dr. Ahkami of the Persian Heritage Magazine
http://www.payvand.com/news/12/aug/1166.html